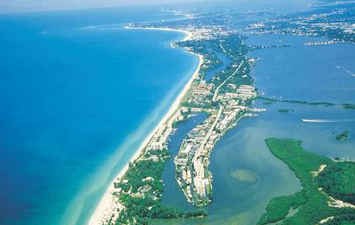 According to President of Florida Realtors, Matey H. Veissi, the good news for buyers is that the number of new listings increased. For sellers, the good news is that they are receiving more of their asking price. “Sellers of existing single-family homes in February received 95.3 percent (median percentage) of their original listing price, while those selling townhouse-condo properties received 94.4 percent (median percentage),” Veissi said.

As for realtors, interest from buyers is high all across the state. But, the number of single-family homes on the market is still tight, meaning the search for a buyer’s perfect match can take some time.

Florida Realtors Chief Economist, Dr. Brad O’Connor, explained that the February housing market data reports were the first to use the state association’s new process system. The new system should mean improvements in the accuracy and quality of reported figures.

“This month’s (February’s) report in particular represents the culmination of several months of very hard work by our analytics team. Several new metrics have been added to the reports, plus we’ve fine-tuned the processes that take in the millions of MLS listings generated daily by Florida’s 155,000-plus Realtors and generate our statistics,” O’Connor said.

O’Connor noted that the improved processes will be used to revise Florida Realtors data from 2013 to present, so that the data will reflect consistency and reliability for the many Floridians who rely on the association’s housing data reports.

For Florida’s townhouse-condo market, statewide closed sales for February were own 5.4 percent compared to February 2015. But, that number reflects fewer short sales and cash-only sales. Traditional sales in Florida rose 5.1 percent for condo-townhouse properties and 16.6 percent for single-family homes.

“The trends we’re seeing in closed sales and new listing have led to two straight months of rising inventory levels (active listings) in both property type categories,” O’Connor said. “Single-family home inventory was still 3.8 percent lower than it was at the end of February 2015, but this is still an improvement over January’s 7.4 percent year-over-year decline. Year-over-year inventory growth in the condo/townhome market, on the other hand, was strongly positive for a change at 6 percent.” For more information, [Click Here].